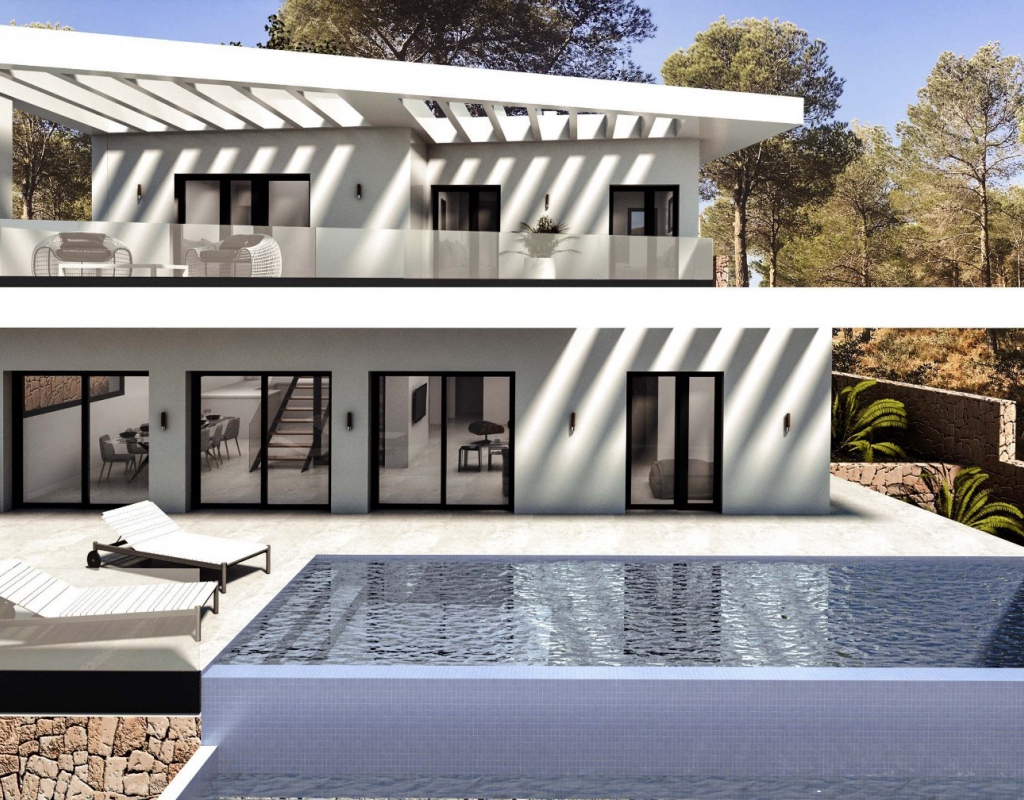 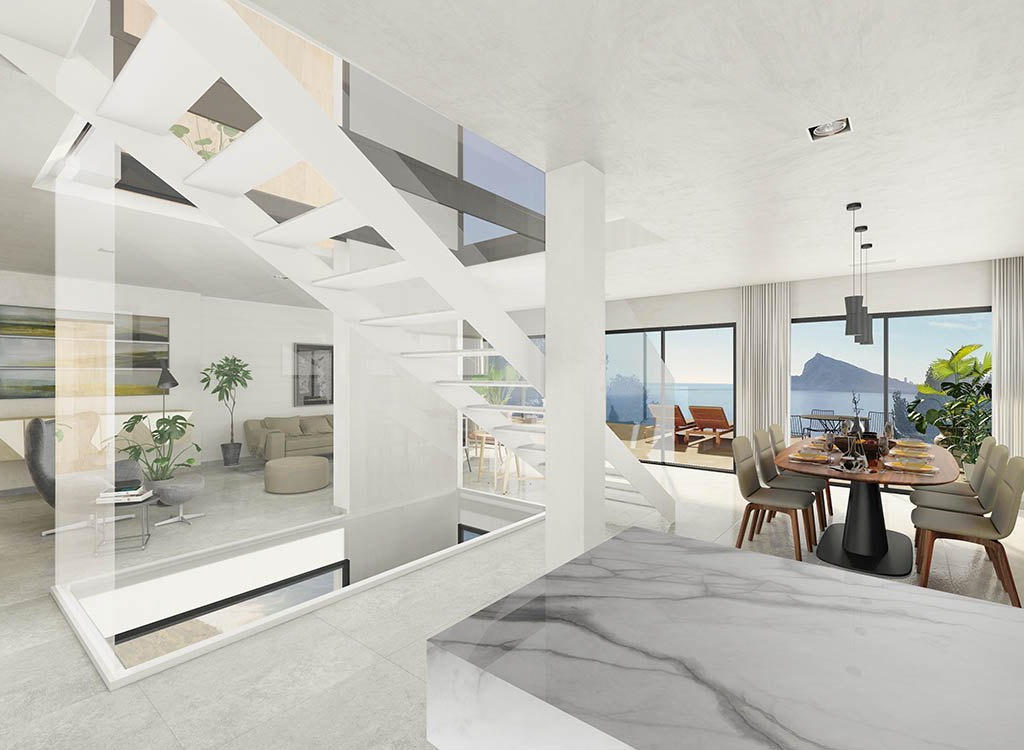 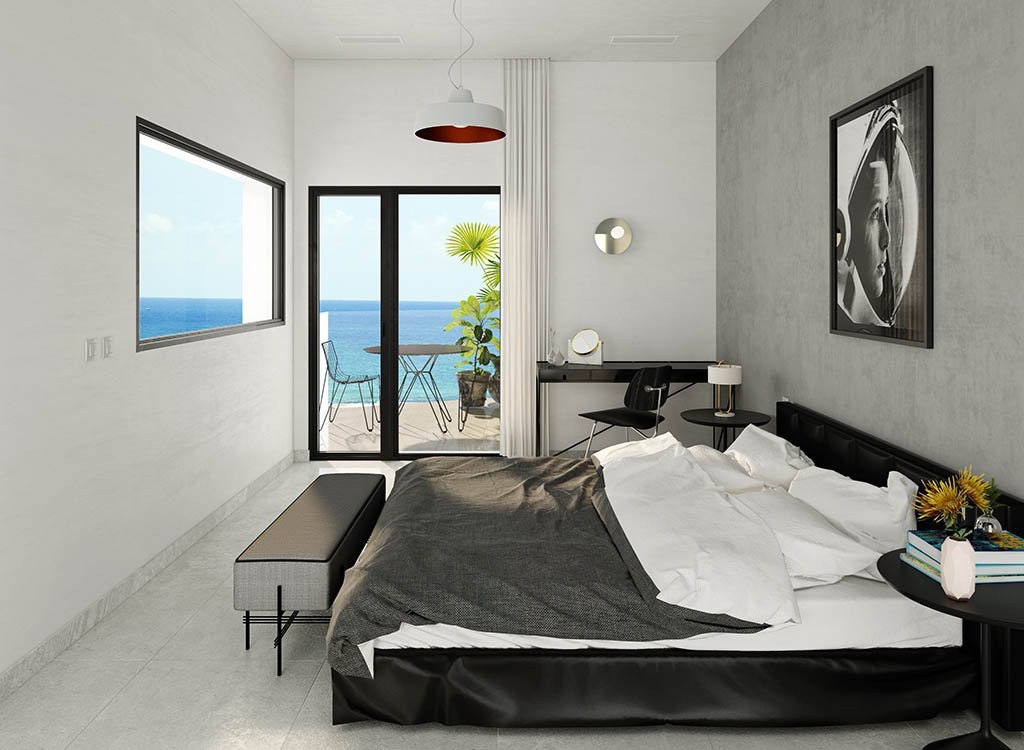 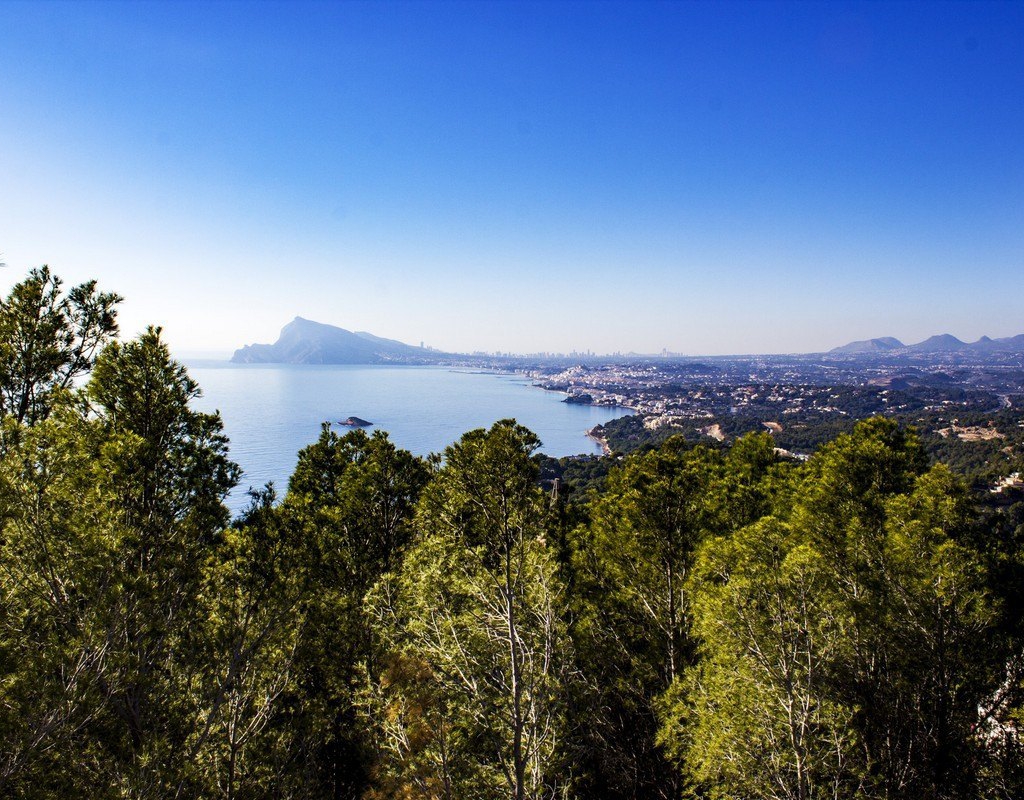 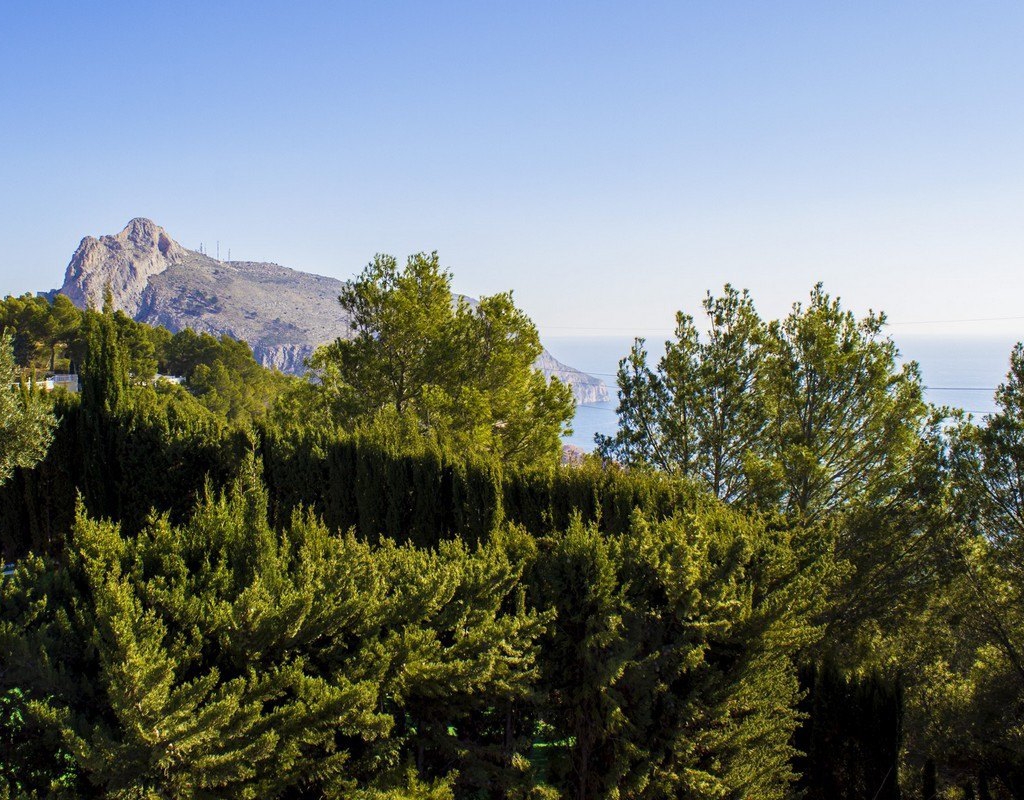 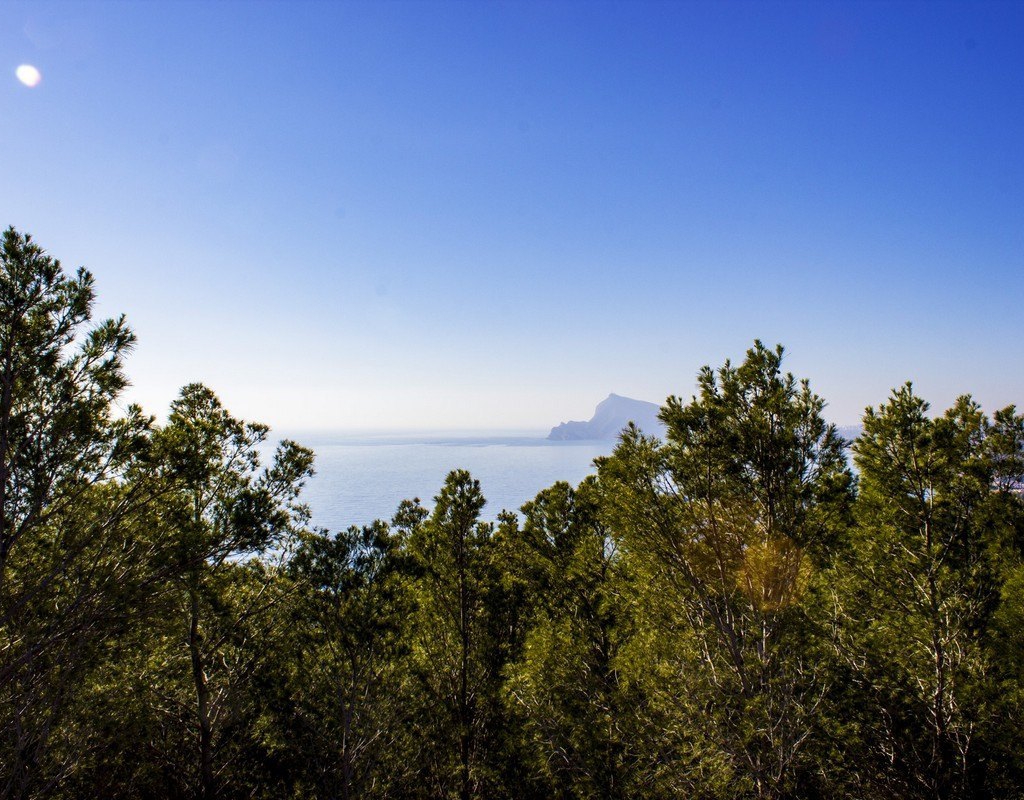 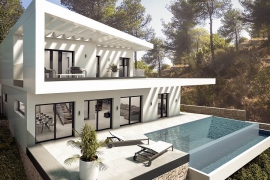 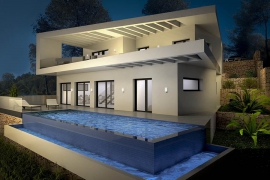 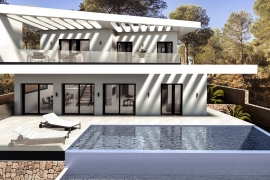 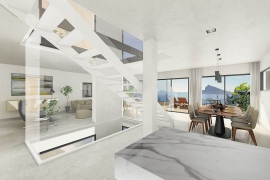 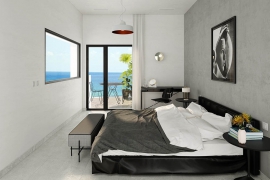 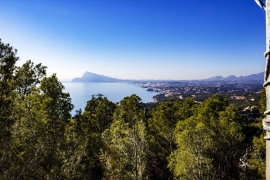 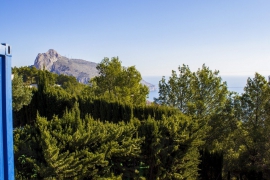 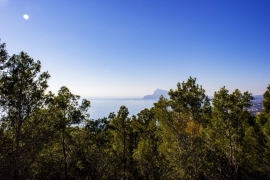 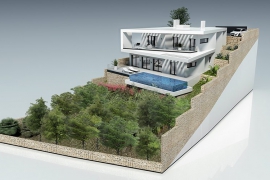 BUY ONLINE WE WILL EXPLAIN HOW TO DO IT
Sale

Altea Hills urbanization is located in Altea on the Costa Blanca of Alicante with the Mediterranean Sea in front of it and the Sierra Bernia at its back, in what can be considered a privileged environment in the most authentic Mediterranean style.

With enviable views of the bay of Altea and protected by the Sierra Bernia mountain range, Altea Hills may be one of the most exclusive residential developments in the whole of the Mediterranean arc, where residents can fully enjoy the Mediterranean lifestyle in its highest conception, surrounded by the mild climate of the area and by the level of excellence in the care of its facilities.

The urbanisation has a security guardhouse at the entrance with guards 24 hours a day, 365 days a year. A closed-circuit TV system monitors the whole area and several patrol cars secure the entire perimeter of the urbanisation. It also has a number plate control system for all vehicles entering and leaving the complex.

At Altea Hills, visitors can enjoy their privacy and tranquillity in total security.

The strategic location of Altea Hills, between the sea and the mountains, makes this residential area a unique place. Very close to the development are the Don Cayo Golf Club and the prestigious Marina Greenwich Yacht Club, one of the best on the entire Mediterranean coast.

Apart from this, Altea Hills has among its facilities the luxurious Altea Hills Hotel, an excellent Tennis Club and an exclusive health and beauty Spa Centre, where famous artists and world-class sportsmen and women come to relax.

Altea Hills enjoys a special microclimate, with mild winters and temperate summers, which invites you to enjoy a healthy outdoor life in any season of the year and to practice any kind of activity and sport, such as dinghy sailing, windsurfing, cruising, swimming, golf, tennis, hiking, diving, fishing, etc.

Altea is situated 50Km from Alicante, 10Km from Benidorm and 130 Km from Valencia, in the province of Alicante, Costa Blanca. To the north it borders with Benidorm and to the south with Calpe. Its municipal area is bordered by municipalities such as Alfaz del Pi, Benissa, Calpe, Callosa de Ensarriá, Jalón and La Nucia.

It is located in the bay enclosed by Punta del Albir and Morro de Toix. In its municipal area is a district of the municipality called Altea la Vieja, in Valencian, Altea la Vella, at the foot of the Sierra de Bernia.

Altea holds the title of "Cultural Capital" of the Valencian Community, endorsed by the numerous Art Galleries, Foundations of Prestigious painters, "Casal Fester" which houses the history of 25 years of Moors and Christians, the Faculty of Fine Arts of the Miguel Hernandez University and the Palau Altea.

The Monastery Church of the Discalced Carmelites, La Torre de la Galera, declared a site of Cultural Interest, La Torre Bellaguarda, the Church of Nuestra Señora del Consuelo where we can see the domes of the Mediterranean, the image and emblem of Altea, the old part very well preserved with its white houses, cobbled streets and its viewpoints, the Palau de Altea and the Paseo Marítimo, will provide you with images that will remain forever in your memory.

Along its 8 kilometres of coastline Altea offers a wonderful diversification of beaches, coves and cliffs and the impressive Morro de Toix that closes the bay on the north side. A wide inlet in which small coves and beaches follow one after the other until reaching the breakwater of the port that marks the boundary with L'Alfas del Pi, whose beach closes the inlet at the foot of Punta Bombarda and the lighthouse of Altea. As well as a wide range of nautical activities, Altea has a golf club, located in the Sierra de Bernia mountain range.

Among its wide range of beaches and coves we would like to highlight L'Olla, Solsida, Cap Negret, Albir, Cala del Mascarat, La Roda and of course the Club Náutico de Altea, Playas de Altea. 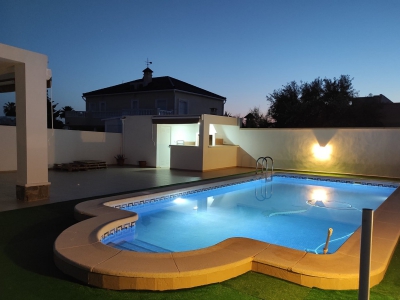 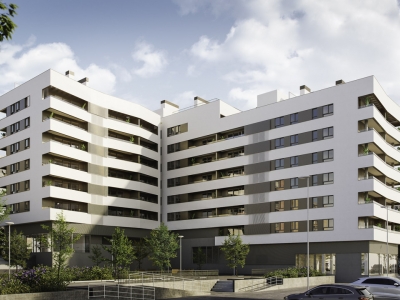 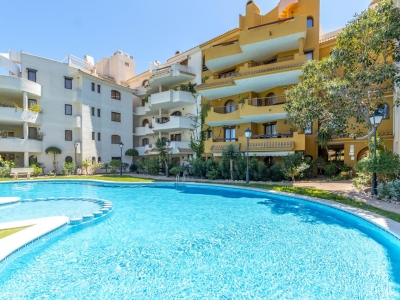 Do you have some questions?

×
Your message has been sent!
×
×
×
Added to Favorites